The idea of ​​creating technical college Sugar occurred in the southwestern region. February 18, 1880 with the active support of Kiev N. male pigs Exchange Committee decided to open a subscription to collect donations. The accumulated money, guaranteed contributions patrons of the city and support by the Minister of Justice I.Vitte allowed November 25, 1896 at a private meeting in the house LI Brodsky decide on the establishment in Kiev Polytechnic Institute.

Chaired SM Solsky (Kyiv Mayor) and involving the participation of representatives of local authorities, the administration of South-Western Railway, engineers and industrialists approved protocol, "... which is actually the first actual document in the history of higher technical educational institution in the city. Kiev." The document stated that "... the most accepted type of a new institution to determine the type of the Polytechnic Institute, consisting of several departments of different specialties, like the Polytechnic in Zurich, Karlsruhe, Munich, Vienna, Hannover, Aachen, Dresden, Riga, etc." [i founding Patrons KPI: a case i].

The competition to design buildings Polytechnic Institute was attended by prominent architects: Benoit, Gauguin, Kitner, males, Pomerantseva, Zehnder and Schroeter. The best project was recognized by prof. IS Kitnera on which buildings and constructions Kiev Polytechnic Institute. Since he lived in St. Petersburg and was not able to directly control the work progress, work was led by architect A. Kobelev. For construction institute city government has allocated several plots. After careful review was selected area along the highway Brest-Litovsk area of ​​38 acres.

August 31, 1898 held celebrations to mark the opening of the Kiev Polytechnic Institute, where the Director of Trade and Manufacturing announced His Majesty's orders in this regard.

It identified four departments: mechanical (109 students), engineering (101 students), agriculture (87 students), chemical (63 students). In June 1898 it was announced the first receiving applications to college. Under the Charter, the entrance exams allowed everyone who had a certificate of graduating from high school, secondary school or other secondary schools, which equated to school. Out of competition enlisted applicants who have completed other high schools. 330 places were filed in 1100 claims. The competition tests in mathematics, physics and Russian language successfully withstood significantly more students than anticipated student places. At the request of the Institute of Finance Ministry allowed to take 30 people more than normal.

Classes at the institute began September 1, 1898 in a room built for a commercial school (st. Vorovskogo, 24), which a year leased Institute. When completed (April 1902) Institute was available to complete the buildings: the main building - engineering, mechanical and agronomic department, office, fundamental scientific and technological library; chemical structure - Chemical Division; machine shops with a central power plant for lighting and heating of buildings the main building; building research fields for cattle yard, silskohospodarsku farm and garden; housing for professors and assistants - 2 building; student canteen. [Top of studies at the Institute, material resources and organizational structure]

The first director was appointed KPI VL Kirpichev as a specialist in the organization and creation of universities. Scientific and methodological assistance in the organization and establishment of the institute provided luminaries of science D. Mendeleev, ME Zhukovsky, CA Tymiryazyev and others. Teaching staff KPI first in the country launched a competitive procedure for appointing Professor of the Department solely for persons with scientific degree. It was the most expedient method of recruitment departments of highly qualified specialists. To work at the Institute was invited many prominent scientists Kyiv, Moscow, St. Petersburg, Kazan, Kharkov. Among them are experts in the field of theoretical mechanics AP Kotelnikov and OM Dynnyk math VP Ermakov and BJ Bukreyev, one of the founders of the theory of cutting KO Zworykin, a geologist, mineralogist A. Nechayev, a famous scientist, metallurgist VP Izhevsk, heat AA Radtsih, a prominent expert bridge EO Paton, gifted chemists MI Konovalov and LV Pisarzhevskii, academician of architecture AV Kobelev, by MK Pimonenko [First teaching staff KPI]. Later, to teach in the institute were invited world-famous scholars mechanics SP Tymoshenko KK Syminskyy, SV Sørensen et al.

Duration of training at the institute made four years (eight semesters). System training course. It was assumed that reducing training time for one year will not harm the quality of the course and achieved by increasing the intensity of training, reduce holidays and exam period. This industry will soon professionals and young people will enter a year earlier in adult life [Organization of trainings in the CPI: 1898-1917].

The first chairman of the State Examination Commission CPI in 1903 was a DI Mendeleev. Diploma received only 93 graduates - it was very difficult to learn, always had to make tuition, unfolding revolution. The first KPI graduates with diplomas awarded badges graduate. [Studenstvo KPI in pre-revolutionary times]

Already in 1899 began the movement to create the fifth, CPI Aero division, which is led by one of the largest aviation enthusiasts Professor Nikolai Artemyev, a talented student of Nikolai Zhukovsky. On his initiative in 1905-1906 by mechanical circle CPI organized a balloon section. The first section became honorary chairman Professor Stephen Timoshenko, and its vice chairman - a student of mechanical separation quiz Bobrov. In November 1908 the section was reorganized in the aeronautic group of departments airplanes, helicopters and engines ornithopter. Passionate advocate ideas aviation and gliding CPI was Professor Nicholas Delaunay (son of aviation pioneer Boris Delaunay), which became one of the organizers of the Kiev Society balloon (CBT). It was the first CBT aviation center in the service which was attended by professors, engineers, designers, and students CPI, which made presentations on aviation, built and tested model aircraft, gliders [Origins of Ukrainian aircraft].

An integral history with KPI is its part in the general democratic movement of the country, carried out under the banner of democratization of higher education, students' freedom of association. In the spring of 1899, ie in the first year of high school, his students took part in the All-Russian student strike directed against the reactionary policies of the authorities. The government responded by excluding from the institute, arrest and exile 32 students - organizers and active participants in the strike. However, the student unrest did not stop ... [Shuliavka Republic and student movements of the early 20th century]

In the summer of 1918 was created five - electrical department. Classes at the institute stopped and then restored in view of the progress of military operations in Kiev. The social transformation in the country and show a radical change in principles of high school [1917 - 1921: CPI during the civil war].

For the reconstruction of the economy of Ukraine after the revolution and civil war was necessary to create and restore a number of industries: engineering, machine tool, automobile, chemical, defense, tractor, steel and others. Reconstruct the old and build new businesses, technically re-equip them. To meet these national economic plans had a short time to train technical intelligentsia. This important task entrusted to the universities of the country. [KPI contribution to the industrialization of the USSR]

In March 1926, the first All-Union Congress delegates military organizations and scientific societies of the USSR, in the which participated Rector of the Polytechnic Institute Bobrov. This convention has been tasked militarization of schools, created in KPI military-scientific group and the organizing committee, chaired by the Rector became Bobrov. [History Military Training KPI]

In the June days of 1941 Kyiv Industrial Institute completed 43 academic year. The Institute trained 3000 students worked more than 300 faculty members, the total number of the institute's staff was 5,000. Like other universities, graduates defended diploma and got assigned to work, undergraduates had practical training in various cities, junior students accounted transferable exams. The war has united all in a single case - protecting the homeland [World War II].

From the first days of the war, many faculty and staff, alumni and students of the institute and through voluntary mobilization joined the Red Army. They participated in the fighting on all fronts. Students of the institute, who remained in the occupied territories, participated in the underground and partisan struggle. [Veteran faculty, staff, alumni and students CPI].

In late June 1941 the institute received an order to prepare for evacuation to Tashkent, where he functioned as a part of the Central Asian Industrial Institute [KPI evacuated, training of engineers and research work for the national economy and national defense].

Liberation of Kyiv in November 1943 provided an opportunity to resume institution: Registration has begun faculty, staff, students returning to college. Already in the second half of January 1944 started working the selection committee for the recruitment of students for the first course and update students. All the efforts of the Institute aimed to restore educational and material resources, as because of the Nazi occupation and the brutal battle for Kyiv was destroyed more than half the total area of ​​classrooms, dormitories burned, looted property. By including the Institute listed the most important industrial and transport universities in the country, students of all courses exempted from conscription into the Soviet Army, they were given the increased scholarship (especially it concerns the students mastered the specialties of casting, forging, pressing and chemical production). Since the timing works vidbudovchyh builders raised, the summer of 1945 students and teachers volunteered for a month vacation leave performed urgent works. [Resettlement and rebuilding Institute]

Of great importance for improving the quality of training had research work and the involvement of her students, especially senior students. The main form of their participation in research in the postwar years were scientific groups, based on which, in April 1946 the Institute was formed student scientific and technical community. At the time of creation it had nine sections, which combined the 30 groups in the field and about 500 students. Led sections leading scientists of the Institute [Training and teaching staff in the post-war years].

Throughout the history of our university led the 23 rectors. [Rector of the Kiev Polytechnic]

For a long period of the name of the institution changed several times:

Order of the Minister of Education and Science of Ukraine Lilia Grinevich on August 17, 2016 №992 "About naming the National Technical University of Ukraine" Kyiv Polytechnic Institute "University named after its former student, an outstanding aircraft I.I.Sikorskoho twentieth century. 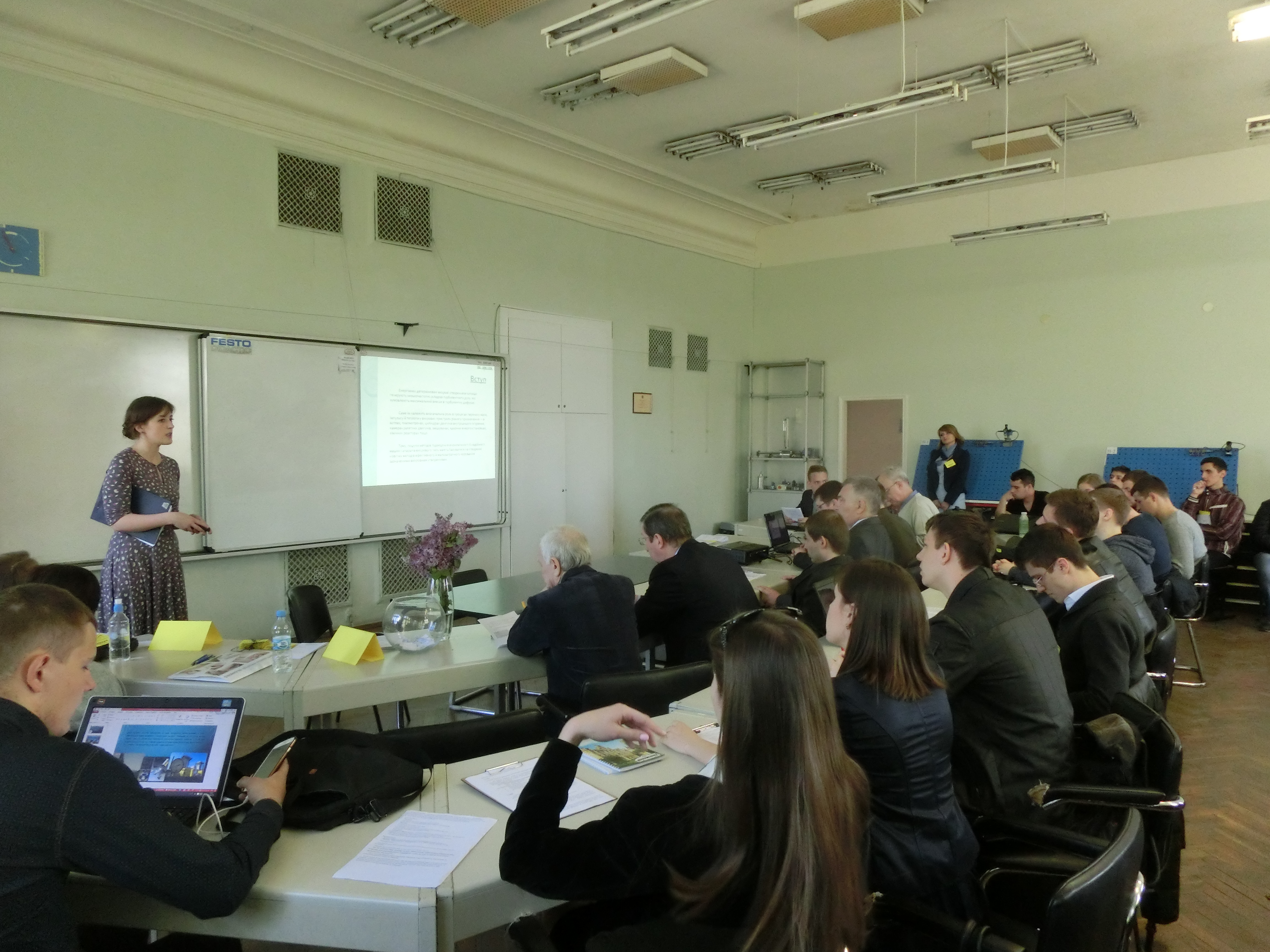 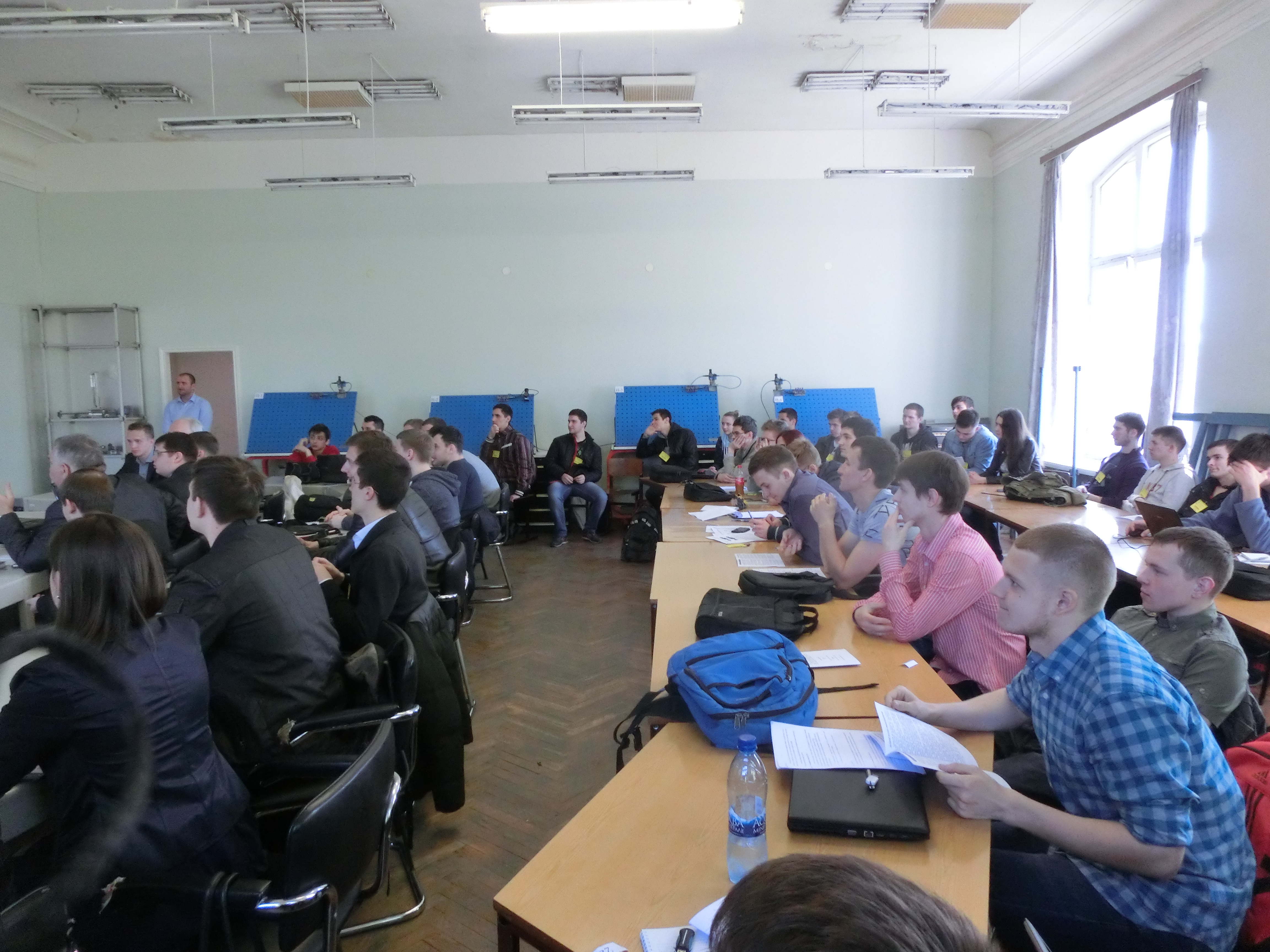 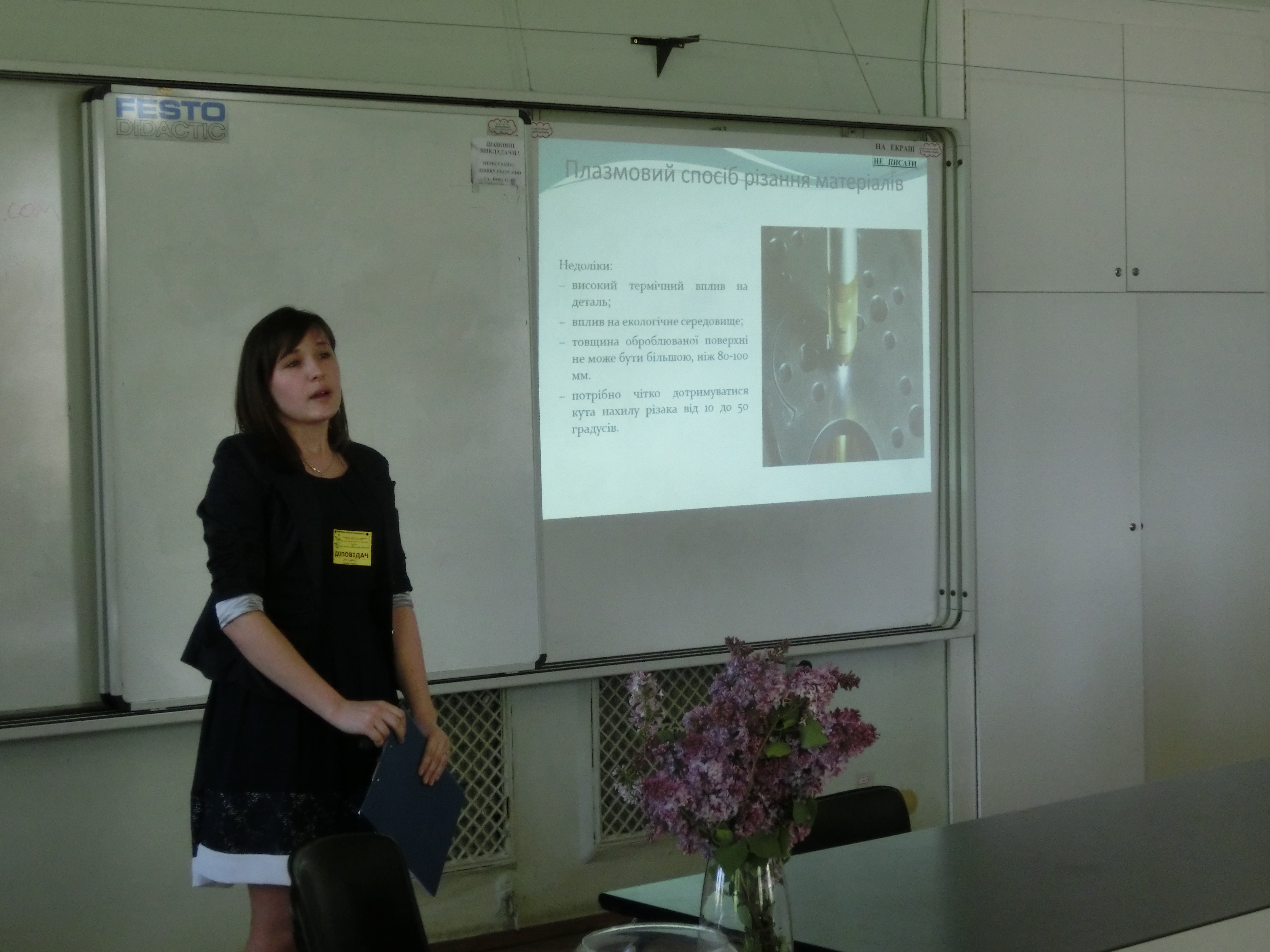 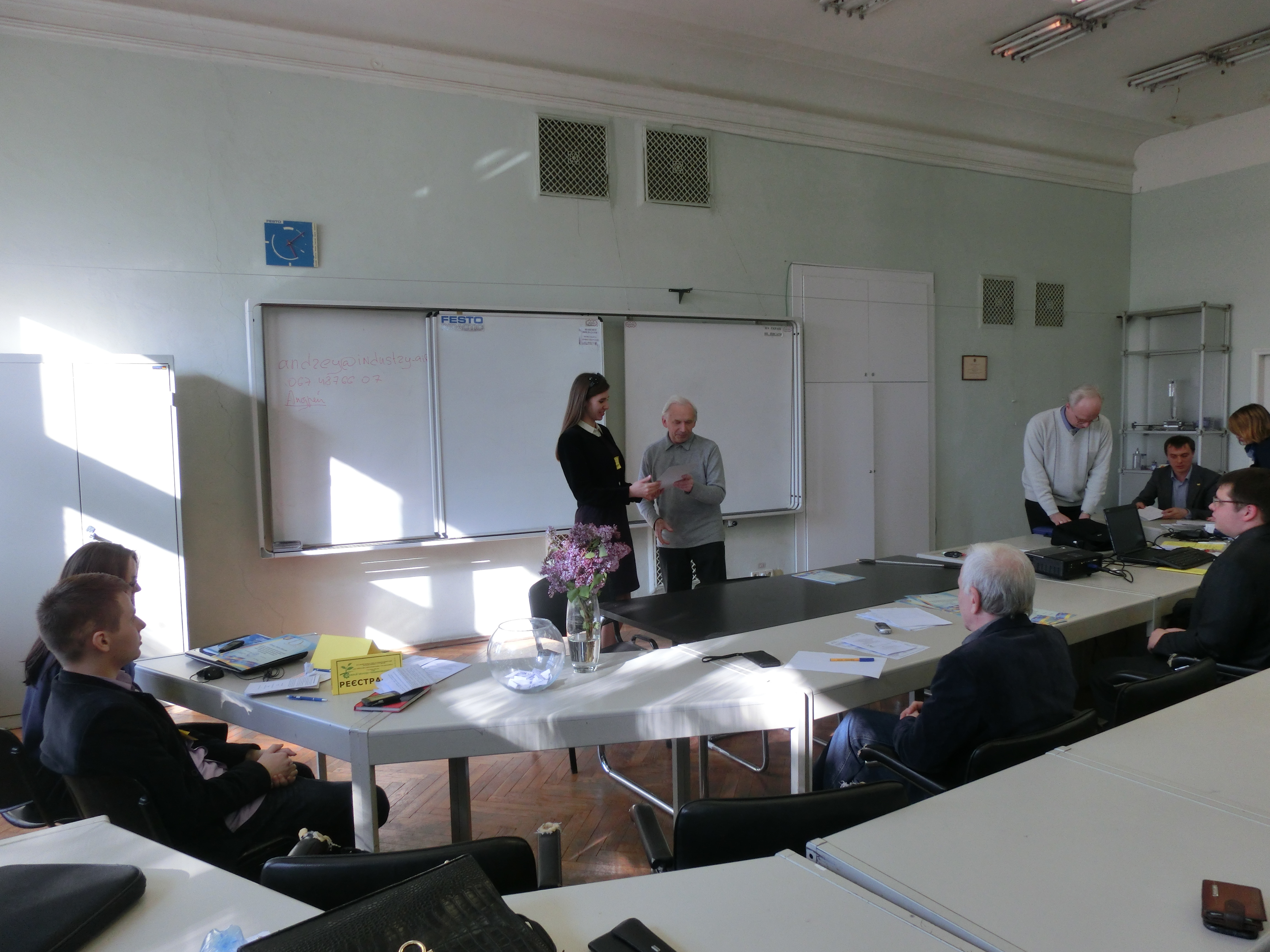 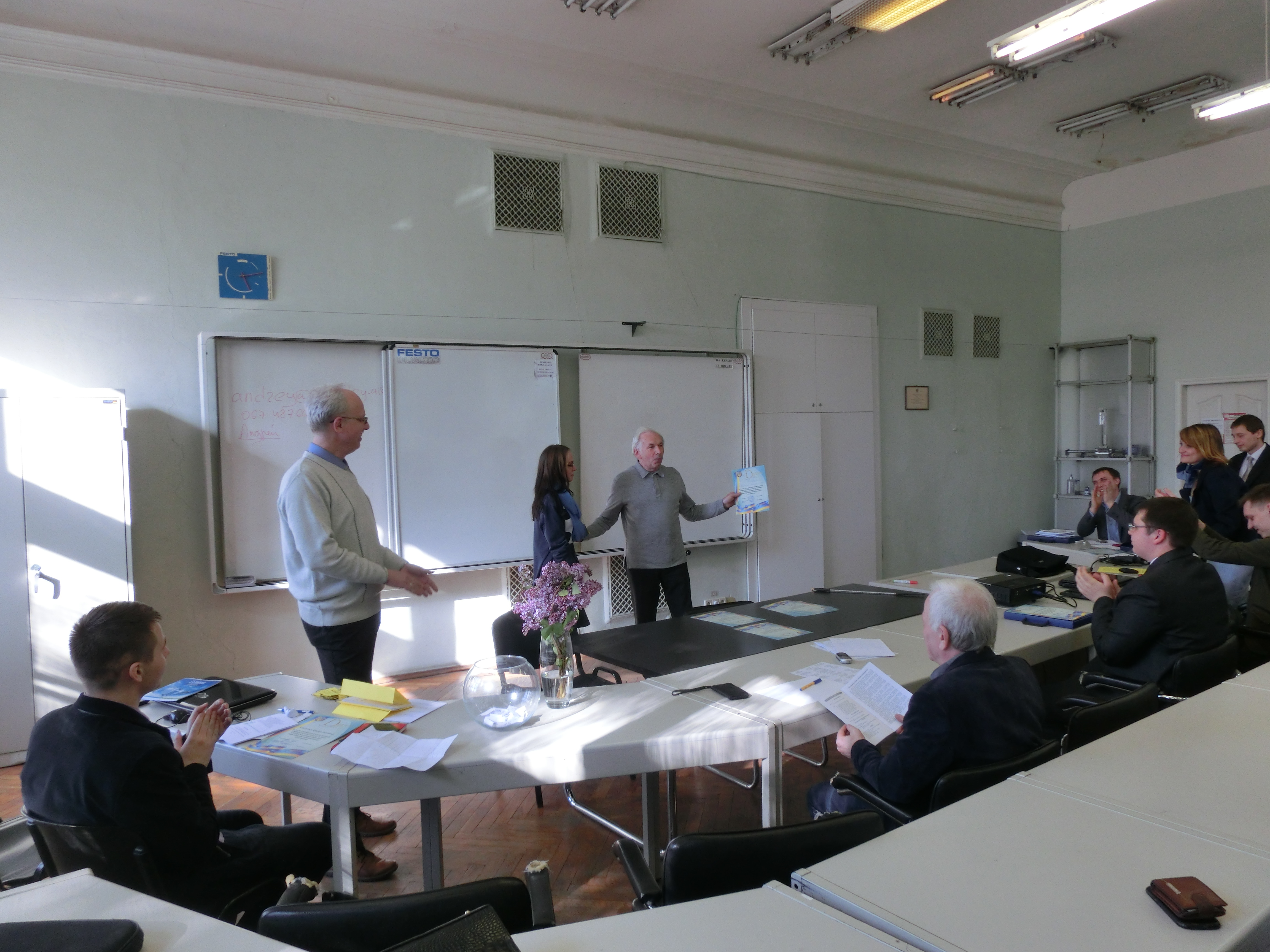 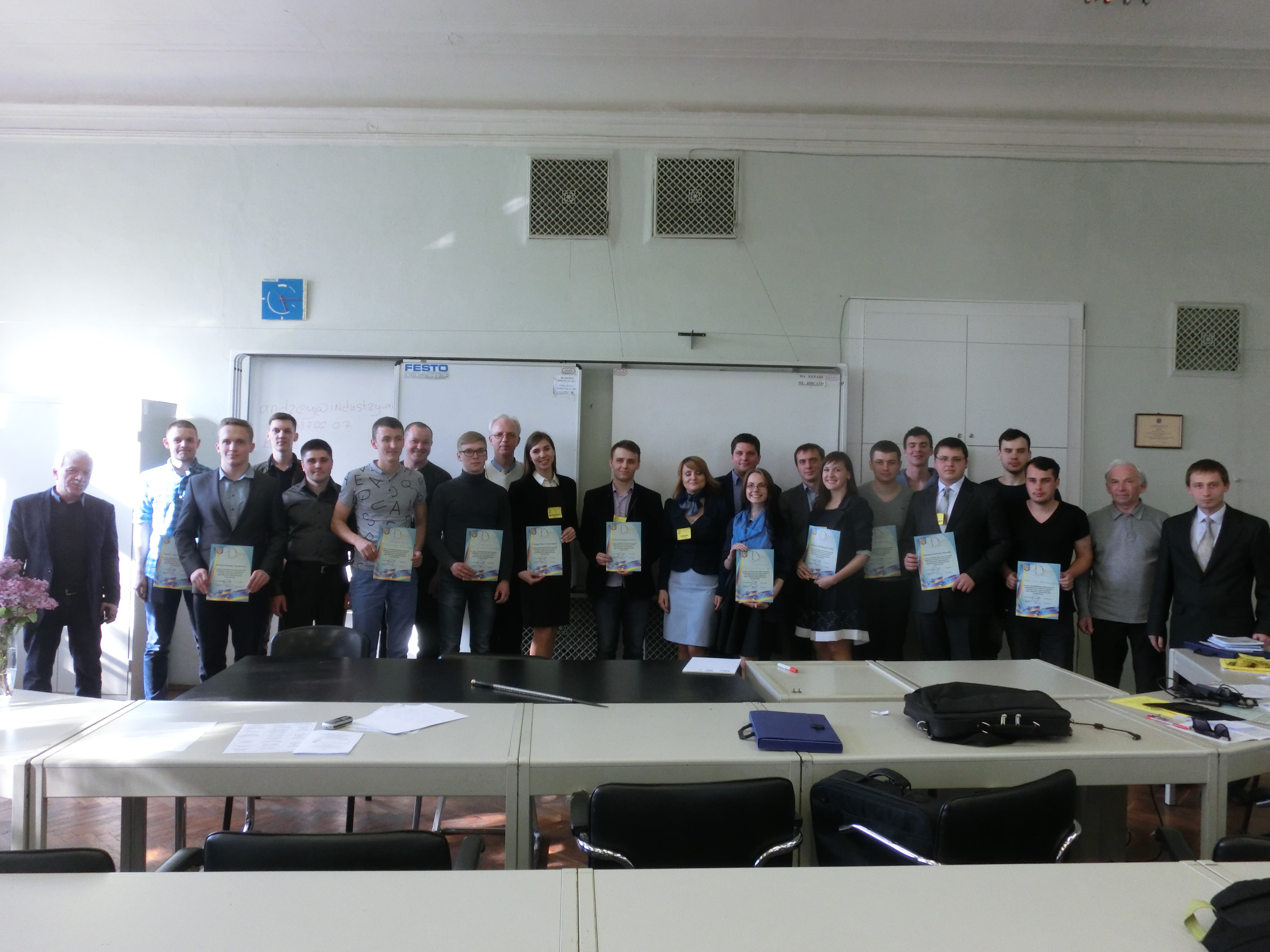 E-mail: This email address is being protected from spambots. You need JavaScript enabled to view it.

Here you can ask questions to us if you do not find an answer on this site alone.